Summertime and the living is ….. a bit frenetic

I’m delving into the classics now.  Over the last weekend, the weather had turned lovely again and we had a wave of guests.  There were a lot of mouths to feed and a desire from us to showcase GYO. When it comes to desserts it’s easy; one’s thoughts turn to summer puddings and fruit fools.

This is when soft fruit comes into its own, red and black currants; raspberries and gooseberries.  Delia provided the summer pudding fruit ratios, (though I found the 7 slices not enough to line my bowl), Nigel Slater, the gooseberry fool recipe, (no pictures of the puddings, sadly, as I was too busy). 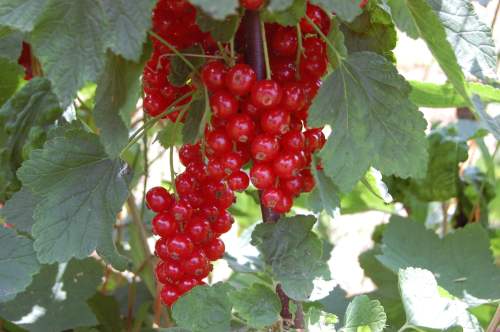 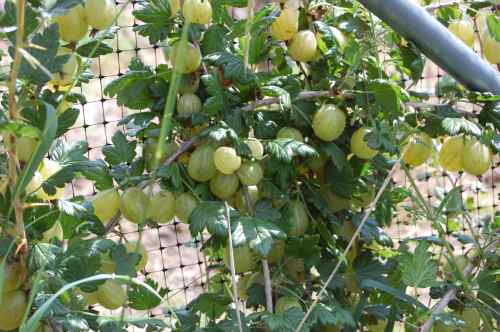 Of course, this was the point at which I realised that there is a bit of a gap in our red berry category.  Yes, we’re good on redcurrants, plenty there, however our strawberries had finished by the first week of July and our autumn raspberries have just started to set fruit.  We’ve not grown summer fruiting raspberries for a number of years, as I always found them to be a bit disappointing.  Sadly, we didn’t have any cherries as we hadn’t got round to netting.  The birds have feasted well.

I had to nip to the shop for raspberries.

To avoid this in future summers, I’ve been investigating late season strawberries, fruit that will crop into late July and perhaps even August.  Some of the newer varieties seem to fit the bill.  I’ve plumped on Florence from East Malling, (always good to see that this emminent research station is still producing the goods), so I’ll place an order for 50 runners this autumn.

I did an amble along the field boundaries; the shelter belt is bulking up nicely and the brambles in the hedgerow are full of insects. 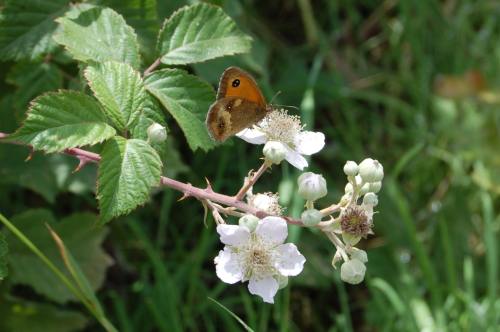 It definitely pays to be a bit lax towards the edges of the garden.

nature’s got its glitter on…

Well, pretty much bang on schedule the air temperature has plummeted and we’ve woke to a hard frost the last few mornings. Today is a ‘2 fire day’, a pretty unusual event in our household.  I’ve fired up the woodburner in the library as well as the sitting room in preference to turning on the underfloor heating.

Though the sun is shining it is definitely a day to keep moving.  We finished cutting back the raspberries and then moved on to pruning the blackcurrants. 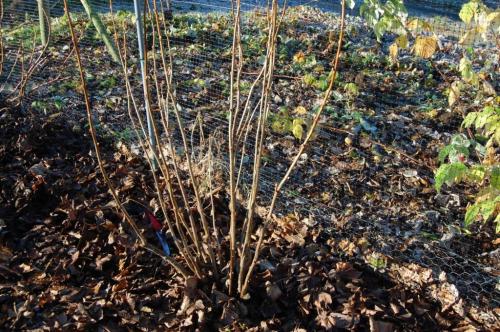 In the new ornamental garden, the paving work is coming to an end we can switch to augmenting the organic ‘bones’, the all important structure that provides definition once the herbaceous has retreated for the year.

We already have 2 statuesque walnut trees in close proximity, plus our native hedgerow to one side.  The next layer is the hornbeam and box hedges.  I have enough bareroot hornbeam coming through our council’s generous tree scheme, but I’ll need to place an order with a nursery for the box.   Calculation is simple – spacing at 5 per metre, so length of hedge in metres times 5.

As the trenches for the hedges need a bit a preparation I’ll order the plants in the new year.   I’m well aware of the curse of box blight so I’m determined to do everything I can to ensure the plants have a good start – so the trenches will have a base layer of gravel for drainage plus plenty of organic matter mixed in with the soil.

It’s such a temptation to start with looking at all the ‘pretty stuff’ but that time will come, (she says …. flicking thru’ Sarah Raven’s bulb sale….).

Onwards with the pruning.  We have now finished the blackcurrants, (Ribes nigrum).  The bushes are 3 years old, so other than cutting back when the bare roots were planted, this is the first time we have pruned. 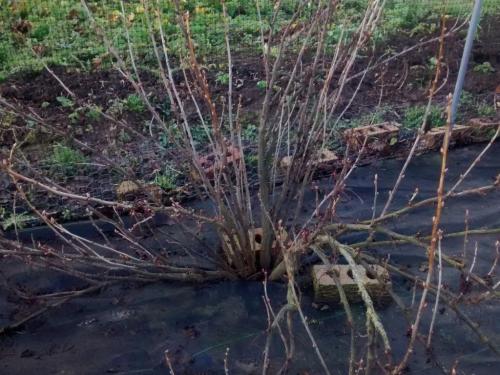 Blackcurrants fruit best on the previous year’s wood, and to a lesser extent on 2 year old wood.  Anything older is much less prolific.

So the aim is to take out the oldest wood at the base, or back to a

strong shoot, plus the 3 Ds (dead, damaged, diseased).  Then it’s  a case of removing anything too low – this avoids fruit lying on the ground, and finally a thinning of the remainder to ensure an open centre.

It’s definitely a job for a pruning saw and loppers.

We finished off by top dressing all the bushes in the tunnel with a scattering of an organic general purpose feed (fish, blood and bone).

2 of the bushes still have their label, though I’ve lost the label for the other.  I know we have ‘Ben Connan’ and ‘Ben Alder’.  The third is a very upright compact bush so it may be ‘Ben Sarek’.

These varieties were all bred by the SCRI, (Scottish Crop Research Institute), now the James Hutton Institute. This august organisation has been going since the late 1950s and its varieties, named after mountains in Scotland, account for 95% of the British blackcurrant crop and 50% of the global commercial crop!

The blackcurrant is so easy to grow though it is susceptible to viruses and mildew so it makes sense to go for varieties which offer some resistance.

‘Ben Connan’ (AGM) is a very heavy cropping, early ripening variety with good mildew and gall midge resistance, (the gall midge spreads the reversion virus and an infestation can be easily spotted because the buds on the bush are enlarged – hence known as ‘big bud’).  The berries are big and have excellent flavour.

‘Ben Sarek’ is a mid season variety with a compact habit, which is important when space is at a premium, again having resistance to mildew and big bud.

‘Ben Alder’, another mid season variety, has delicious berries which are also very high in ‘anthocyanins’. These compounds, which account for the black coloured berries, are very good for you.  Plus the berries are  high in vitamin C.

We add a handful of frozen berries to our morning porridge to add a spark to a cold January morning. 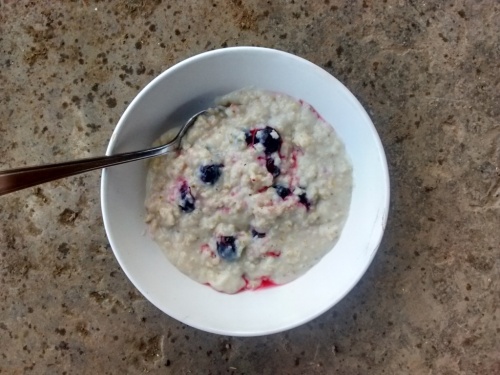 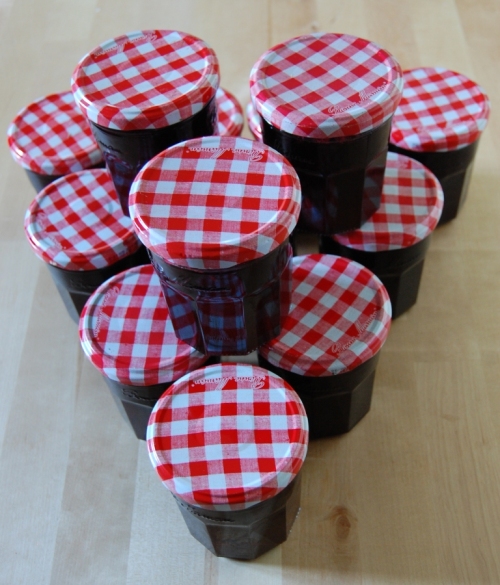 Such an easy jam to make; quick and sets like a dream….