I always thought it was better to sow root vegetables direct rather than into modules to avoid root disturbance.  Which is why, until now, I’ve always sown beetroot and radish in situ.   However as I’m a bit pushed on space in the polytunnel, but want to get ahead, I’ve decided to try sowing in modules and then transplanting out, quite young, in about 2-3 weeks time. This way I’m hoping to minimise the root disturbance.  I’ll also direct sow at the tail end of March, weather dependent.  My go to guru, Charles Dowding has a video on module sowing here, (it’s excellent).

All the propagators have been moved to the piggery – the light is better there and I’ve started potting on the chillies and tomatoes – so far so good! 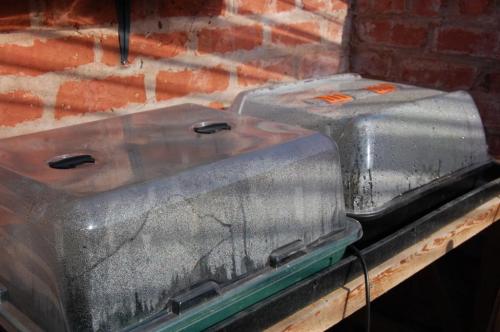 We have the odd day of sun, enough to encourage bud break…first up, the almond, peach and apricot…

Speaking of breaks, the lovely OH and I managed to catch the orchid festival at Kew.  Fun though the festival was, far more impressive are the collections and the glasshouses…. 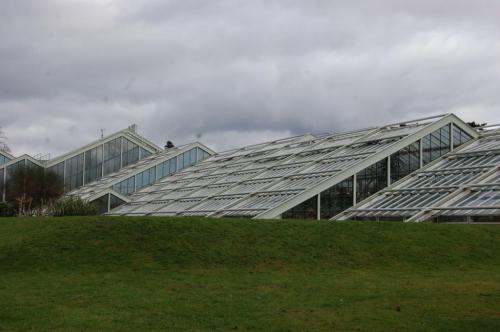 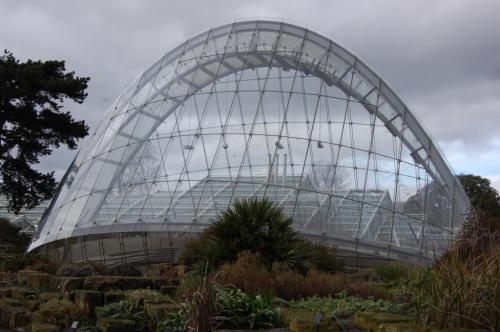 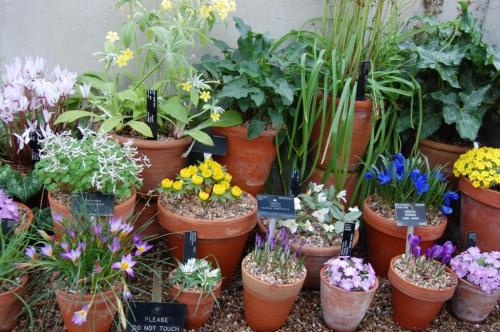 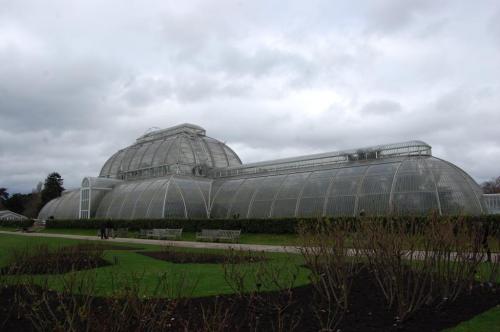 Watching this week, (on iPlayer): Around the World in 80 Gardens

Apparently, hygge has been a big, big trend for 2016.  Though I have to say it passed me by until I read a plethora of articles on ‘hygge’ in autumn. So I looked up the meaning.  Well, I like to think that the lovely OH and I have been bang on the zeitgeist even if we didn’t realise it.

To get in the right mood, right on cue the weather has obliged and turned the holding into a winterscape. 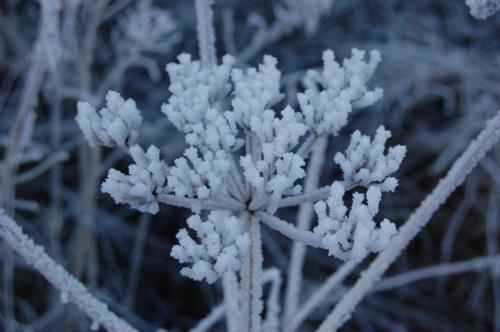 Chilly on the outside but warm indoors and what better way to have a ‘hygge at home’ moment – cozy fire, lit candles, blankets, and great food.

Simplicity is in, so the lovely OH prepared gravlax… 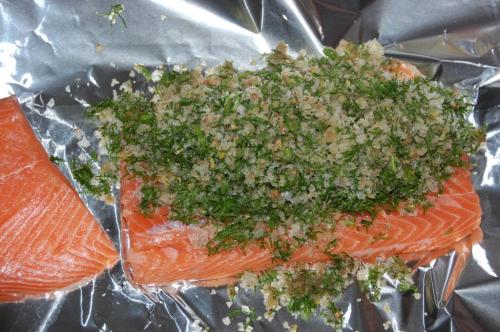 Served alongside a flute of sparkling champagne.

I used to be a bit sniffy about mixed variety seed packets.    I don’t know why.  Perhaps it was because I didn’t know which varieties were included in the mix and I didn’t want to plant any old rubbish that wasn’t top notch on flavour.

I now LOVE rainbow mix packets.  They are really useful, especially in small areas where there isn’t enough space to sown several rows, i.e. the polytunnel.  Plus the pictures on the seed packets look just like smarties and who doesn’t love smarties?  My extensive seed stash includes rainbow mixes of beetroot, radish, chard, bell peppers, and some foils of themed salads (Italian, Californian, Oriental etc.).   Most seed companies produce mixed packets or ‘collections’, (the latter usually have the varieties separated), and I suspect quite a lot of thought goes into the selection.  In fact the more you look at the seed companies’ offering the more you find, for example Suttons has mixes of runner bean, cauliflower, and kale.  Jungle Seeds has a really interesting range; I fancy the ‘beans for drying’ special mix.

On the holding it is still too cold and wet to direct sow outside.  Inside the polytunnel the suspended guttering is multiplying.  I can’t wait to see it full of veg.